I have been posting about a different artist on FaceBook everyday since April of 2017, usually alternating between a female one day and a male the next. I've decided to try posting it here on my blog, in hopes that those that have enjoyed my art posts on FB will follow me here. If not, this will be a short lived venture, because a lot of time and effort goes into producing these daily posts.

This is my first attempt in this new format to see how it works.

Blodgett received his artistic training in New York City at the grand Central School of Art and later with George Luks. His earliest works were stark depictions of New York City skyscrapers. During the summers of 1928-30, he studied with George Pierce Ennis in Maine and it was then that he developed his interest in watercolors and landscapes. In 1936, he was employed by the U. S. government to paint in Key West, FL. In 1941 he relocated to Stowe, VT, where he was able to pursue his interest in depicting the natural beauty of that state. He died in Stowe in 1953. 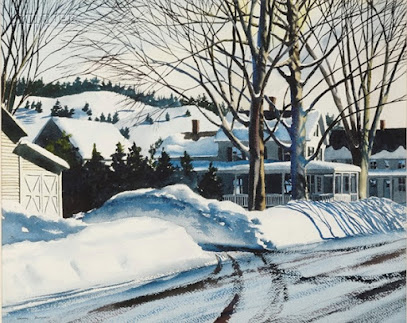 "After the Snowfall", by Walton Blodgett 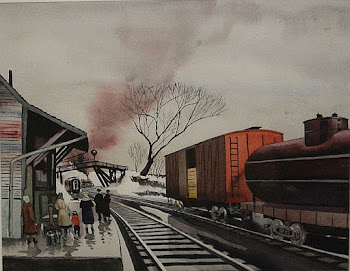 "Departure of Draftees", by Walton Blodgett 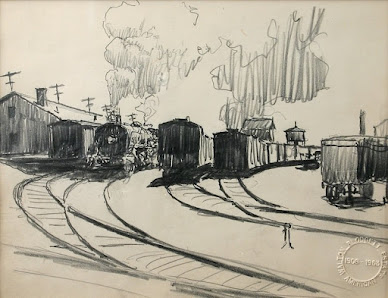 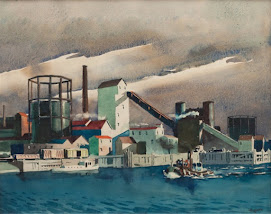 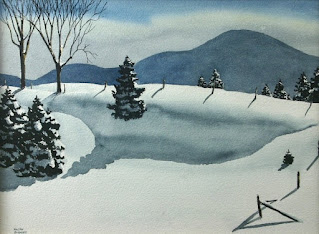 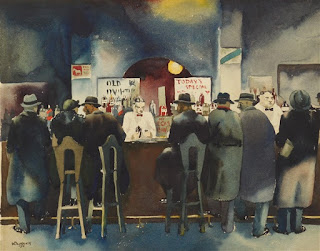 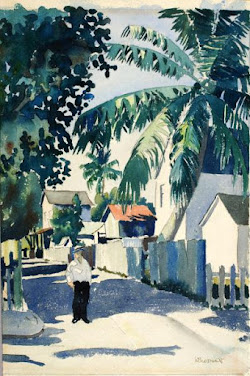 I hope you've enjoyed this post here. Please let me know in the comments section and follow me here. I'll also be post more of my own work and sunset and garden photos in the future. Thanks for visiting.