"Stanisława de Karłowska was a Polish-born artist, who was married to the Camden Town Group painter Robert Bevan. De Karłowska was the daughter of Aleksander de Karłowski and Paulina z Tuchołków. Her father's family was descended from the Polish nobility (szlachta) and had substantial estates centred on Wszeliwy, near Łowicz, in central Poland. The family had a long history of patriotic activity, and her father had fought with Lajos Kossuth and Józef Bem in the late 1840s. He had also suffered considerable financial loss through the part that he played in the Polish rebellion of 1863. Stanisława had trained as an artist in Cracow prior to enrolling at the Académie Julian in Paris, in 1896. In the following summer she went to Jersey to the wedding of a fellow Polish art student Janina Flamm to Eric Forbes-Robertson. It was here that she met the English artist Robert Bevan. By the end of the year she and Bevan were married in Warsaw. They settled in Swiss Cottage, London. She exhibited with the Women's International Art Club and New English Art Club and both exhibited at the Allied Artists’ Association in 1908. However, being a woman, she was ineligible for membership of either the Fitzroy Street Group or the later Camden Town Group. De Karłowska was a founder member of the London Group and showed with them throughout her life. Her work combined a modernist style with elements of Polish folk art. In March 1910, Huntly Carter said of it…”what S. de Karlowska has to say she tells us lucidly in pure and harmonious colour.” Stanisława had two children, Edith Halina (Mrs Charles Baty) and Robert Alexander (Bevan). Remaining in London after her husband’s death in 1925, she spent the war years in Chester. She travelled to Poland until the late 1930s and would holiday with her daughter's family at Plénauf-Val André in Northern Brittany and at St Nicolas-du-Pelem, further south. Many of her London and Breton paintings can be seen in public collections." 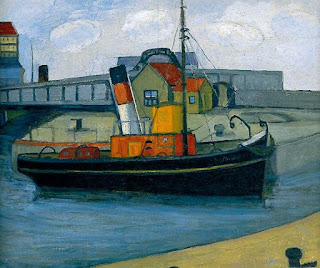 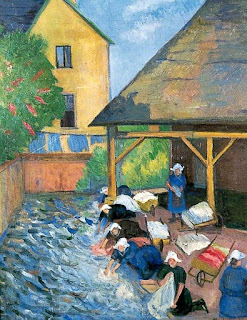 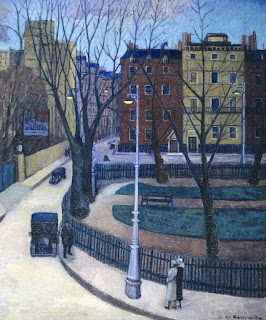 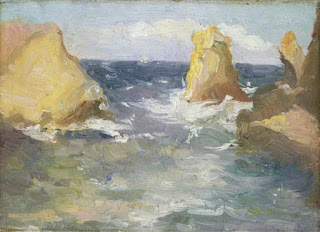 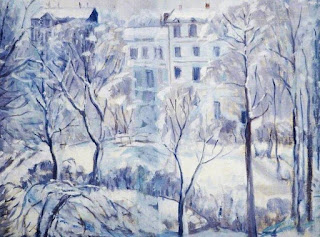 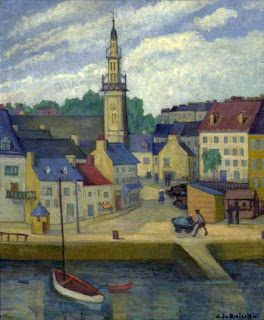 "The Quay at Binic, Brittany", 1935, by Stanislawa de Karlowska, The Ashmolean Museum of Art and Archaeology 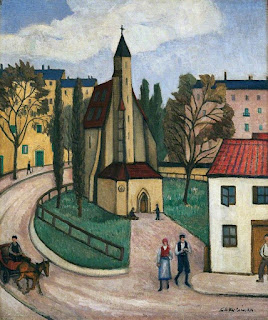 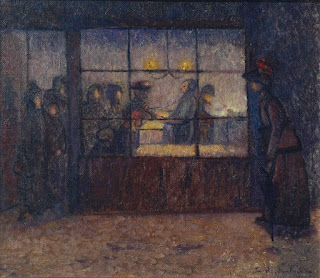 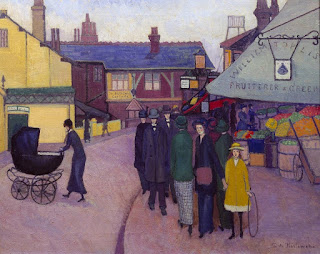 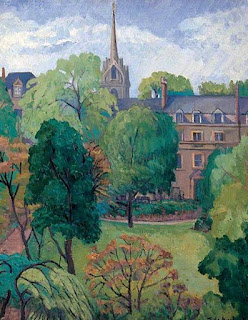 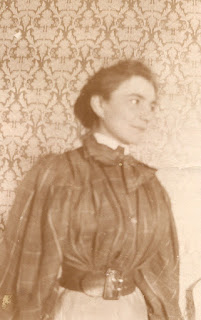 Posted by Gregory Dunham at 4:36 AM